I’ve been mostly radio silent ever since coming to the US, but it’s beyond time I posted something on my own website so here we go.

2019 has been a really wild ride and so much has happened that it’s hard to even keep track. I don’t even remember the start of the year honestly.

I found this old post that I wrote as I was digging through Evernote. Since I haven’t posted since a week or two after I wrote it, I figured why not use it to try to restart the blog?

It’s 1pm. Or 2pm. Or maybe it’s 5am. It depends whether you’re counting from where the flight started, the trip started or it will end. I guess I’m somewhere in the Atlantic. Maybe over Greenland. I could start the video screen but that would be hassle.

I’ve had a lot to drink. Too much you could say, though that would be a judgemental value system over what are simple facts. Vincent had gone to sleep. My chatty seat-mate from hell turned friend, his demeanor would be soul destroying if it weren’t so charming. An elderly Swiss banker (retired) he’s going to California for love. In a way so am I. He offered to share his sleeping pills with me. I’ve seen that movie. No thanks.

But when the nice lady from KLM offered me a post dinner cognac, to wash down the multiple red wines, I didn’t bat an eye. What a strange double standard. Guardians of the Galaxy is on the entertainment system. I want to watch it but not the shitty edit they’ll have here, and not on the postage stamp sized screen I have. It won’t even tilt to an optimal viewing angle.

There’s still 8 hours left. We’ve been in the air for an eternity – technically only 3 hours. It feels like more. I barely remember a time before this existence.

There was a delay at Amsterdam. Fog. We were late leaving and delayed landing and as a result I ran (ok fuck you – I walked with purpose) across AMS like a man possessed (but relatively sure it wasn’t his fault if he missed the flight). I made it in time for a random check. Both of my last trips to America have involved random checks which… doesn’t seem so random does it. Laptops? Out. Kindles? Out. IPads? Out. Then the one that threw me: cables and everything electrical. “We’re going to be here a while.” I said to the guy.

But I cleared it. And now I’m sat with my buddy Vincent with another 8 hours to go.

The Church has this notion of purgatory. It’s not that terrible the way they describe. Maybe if they reframed it as a long haul plane ride, they might encourage more people to hedge their bets.

But soon I’ll be in San Francisco. I can almost taste it.

Addendum – there’s a woman a few rows down whose shirt proudly proclaims “Partier”. The expression on her face – constant for the last few hours – suggests otherwise. You take your humour where you can get it on these gigs.

I understand that you’re the founder of Robot Overlord and was wondering if you ever outsource your audio work for projects you develop? :)

We, specialises in providing music for interactive media. We like working with indie developers and always try to understand what you or the clients want in terms of audio and bring them there. We have a few tracks on our website which you could have a listen to:

Out of curiosity, do you currently have a project that might need audio? It would be great if you could tell us more about it and see how we can help you.

I do look forward to your email. Have a lovely day. :)

I sent you an email on the 25th of April and was wondering if you received it? :)

Looking forward to your response. Thanks for the add. I actually sent you an email on the 25th of April but didn’t receive a reply, hence I thought it would be best to connect with you on LinkedIn.

I was wondering if you received it? I sent it to: luke@robotoverlord.co.uk

Please if you ever think about doing this, take a long hard look at yourself and ask if you want to be this industry’s equivalent of a double glazing salesman. I don’t enjoy getting random cold-call syle emails, but they’re a fact of life. The follow up is less common, but come on – the LinkedIn stalking? This isn’t how you effectively network or do bizdev. You want me to hire you? Get to a place where my influencers are saying nice things to me about you. Meet me in person and be a human fricking being instead of immediately going on the pitch. Don’t act like a corporate drone selling corporate crap. Don’t expect me to care about your thing anything remotely close to the level you do. You’re not entitled to my time just because you sent me an email.

You’re coming off as needy and desperate and clueless. To quote Greg Behrendt “he’s just not that into you”.

By the time you read this (yes I’m queuing up a bunch of posts from the past), I will hopefully be trying to find my feet in the wonderful Golden State. I figured I’d take the time to throw some links and videos out for sessions and articles I’ve been working on over the past 6 months and not really promoted here.

In the first I talked about the work we’d been doing on Easy Money trying to use Player Profiling and data analysis to allow us to generate levels tailored specifically to individual player tastes. Alas I’ve had to leave this project in the capable hands of Verena Riedl to complete due to my move.

More recently I wrote about analytics and drew parallels between the way I see many teams approach analytics problems and the Ludic Fallacy presented by Nassim Nicholas Taleb in his book The Black Swan. An absolutely essential book for anyone with a mind for any kind of data analysis or AI.

I’ve also been running the IGDA’s webinar series for Artificial Intelligence which takes place on the second Wednesday of every month. This has altered between me arranging for a speaker to present something and occasionally jumping in and doing the session myself. Two recent ones, covering a basic Unity-based approach to different aspects of AI are embedded below. You should check out all the webinar videos, including some by some very prominent industry names.

Things have been crazy. The week I spent in Norway was an extreme example of this, but its not THAT abnormal for the way things have been moving since I last wrote a life update. Frankly it would be almost impossible to summarise everything that has happened in that time. I’ve been privileged to do some truly amazing things this year.

The really big ones are:

It’s taken a lot to get to a place where I can leave the UK. The interview process after being approached for this position was rigorous, but the timing was just about right, and it was the motivation I needed to get my thesis finished. The visa process was pretty rigorous but in the end the US Government has decided that I am an “Individual with Extraordinary Ability in the Sciences“. Unfortunately it has meant having to close up Robot Overlord Games, but it’s a good trade.

And with the thesis gone, the major thing I was supposed to write is out of the way and I can hopefully get back to blogging a bit more regularly.

It’s going to take a lot of work to settle in to life in San Francisco, but I can’t begin to describe how much I’m looking forward to it! It’s time for me to go West! 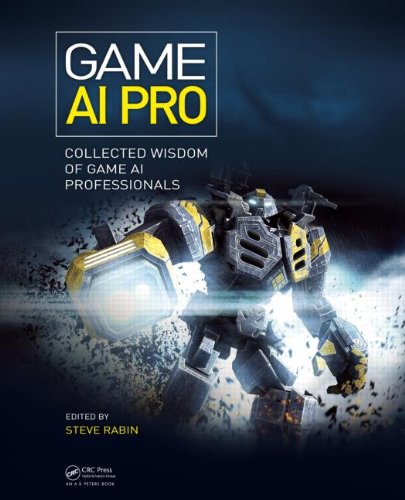